Bayer, the new owner of Monsanto has been ordered by a Californian Judge to pay punitive damages of $39 million to Dewayne Johnson, a Father of three who worked as a Grounds Keeper for a school district in San Francisco who alleged that his exposure to the popular herbicide Roundup caused him to develop non-Hodgkin Lymphoma (NHL) a blood cell cancer.

Mr Johnson started working for the school district in 2012 and testified that this involved him spraying the herbicide for several hours a day to control weeds on school grounds.

Mr Johnson’s lawsuit claimed that Monsanto was responsible for “negligent failure” knew or should have known that its product was “dangerous”, and had “acted with malice or oppression”.

A Californian Jury awarded him €289 million after finding that Roundup weed killer had caused his cancer but it was subsequently reduced to $39 million on appeal.

Speaking about the Court decision Liam Moloney a Personal Injury Solicitor who is taking roundup cases for Irish citizens who have been exposed to the weed killer said today “studies have repeatedly linked the glyphosate chemical, sold under the Roundup and Ranger Pro brands to non-Hodgkin lymphoma (NHL). In fact, in 2015 the International Agency for Research in Cancer ruled to classify glyphosate as a probable human carcinogen”.

He added, “thousands of legal claims have now been filed in the United States following this landmark judgement and it is likely that similar claims will be taken here as Roundup was used widely by consumers, agricultural and local authority workers”.

If you have been injured in a road traffic accident, a work related accident or an accident in a public place you may wish to bring a personal injuries claim seeking compensation against the wrongdoer. This may be the driver of another vehicle, your employer or a local authority. Liam Moloney and our personal injury […] 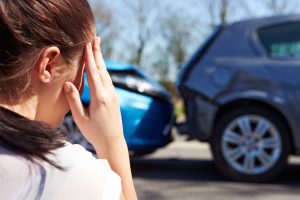 Insurance companies are continuing to fight compensation claims from road traffic injury victims when the repair costs to their vehicle are less than €1000. While there is no scientific basis for Insurance Companies to refuse to compensate genuine injury victims when material damage repair costs are less than €1000 insurance companies continue to fight these […]