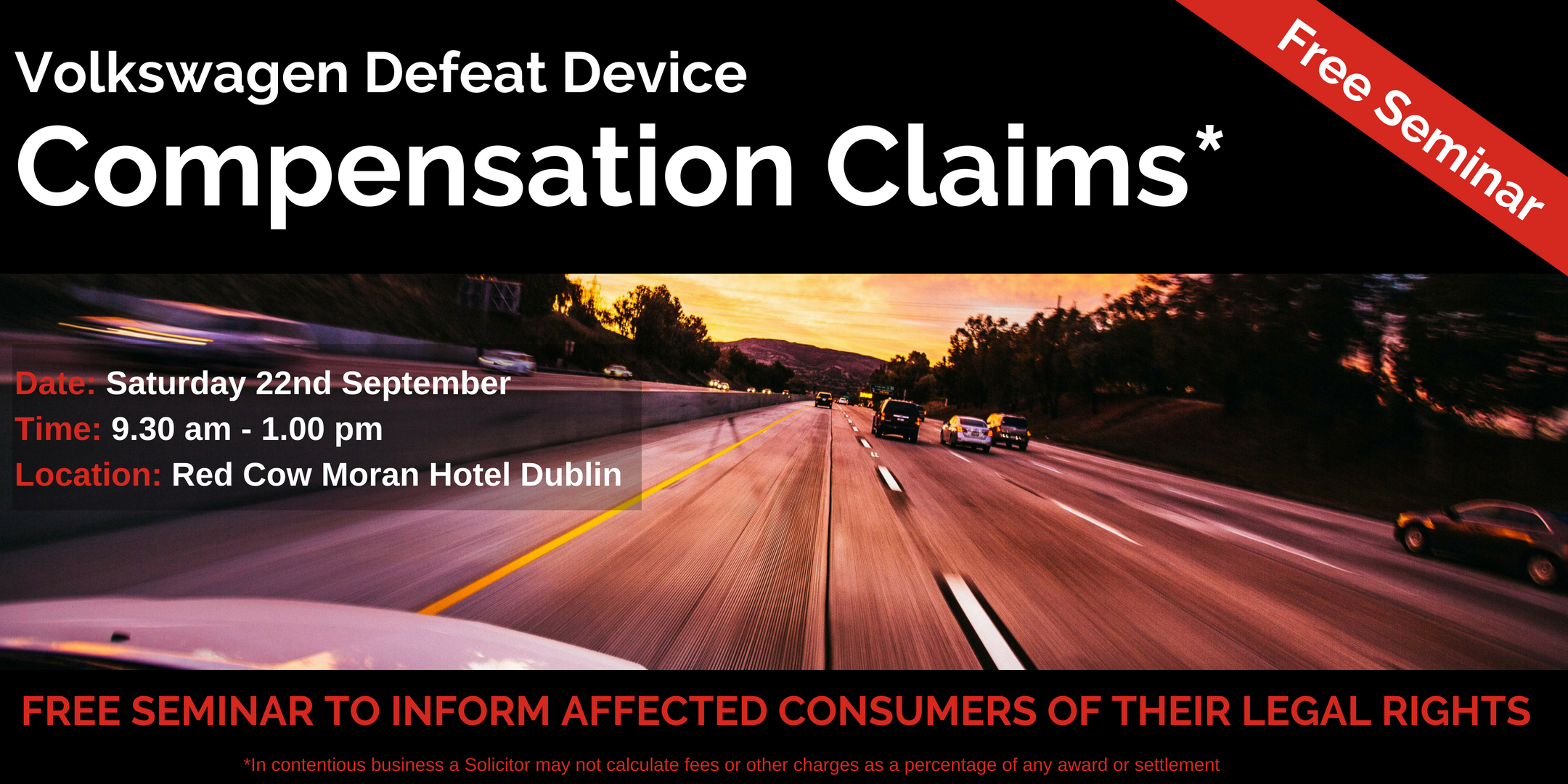 The EPA will be strongly criticised tomorrow at a Dublin Conference over it’s failure to take action against Volkswagen over the emissions cheating scandal.

The conference which takes place in the Red Cow Moran Hotel will be addressed by prominent lawyers from Ireland, England and Spain who are leading class action cases against Volkswagen in their countries.

Liam Moloney, Solicitor who represents hundreds of Irish consumers affected by the scandal said today “the engines in the affected vehicles contained a “defeat device” designed and installed with the purpose of detecting when the emissions from those engines were being tested for compliance with regulatory standards and in such cases causing NOx emissions to be reduced in testing to a level which met those standards, when they would not do so in normal road use.”

He added “these defeat devices were secretly designed, developed and engineered by Volkswagen and Audi and installed in engines manufactured by Volkswagen, Audi, Skoda and Seat to cheat the emissions testing regime and to deceive regulators”

He was strongly critical of the EPA’s inaction. “It is alarming that the Irish EPA has not investigated Volkswagen in the three years since this scandal broke. Volkswagen have admitted that they manufactured and supplied EA 189 engines which included defeat devices installed to cheat emissions testing. Diesel vehicles produce a range of polluting emissions including the oxides of nitrogen (NOx). These emissions are seriously harmful to human health and the environment. Regulatory vehicle emissions standards and testing regimes exist for the specific purpose of reducing the adverse effects of polluting emissions, including of NOx.”