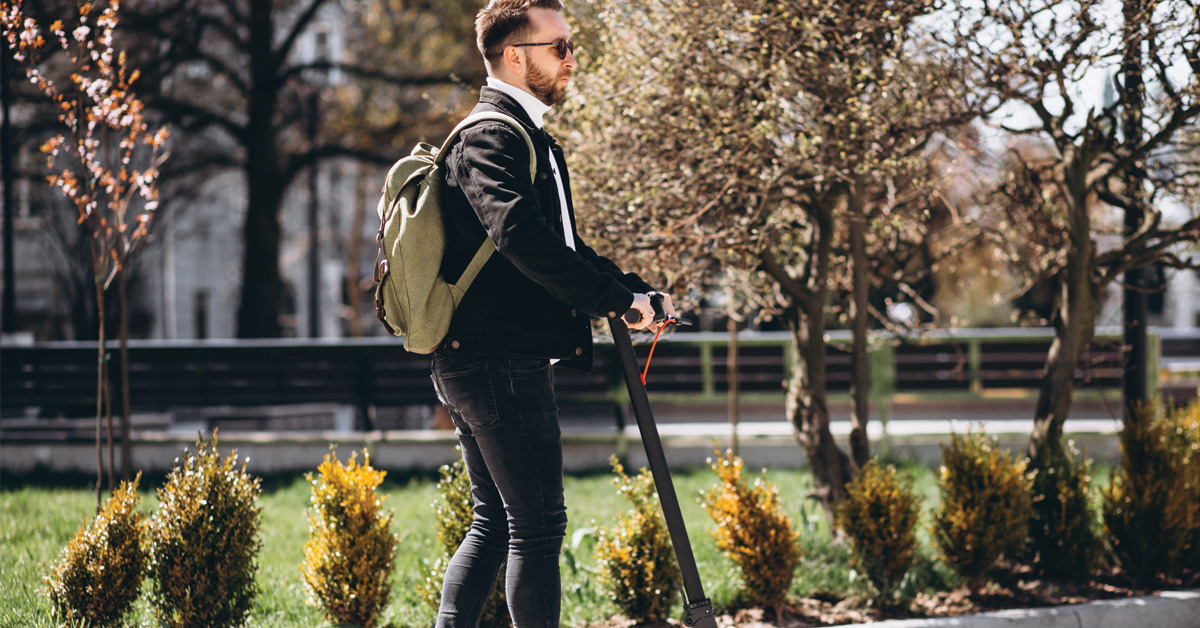 E-Bikes and E-Scooters have become increasingly more popular here given their convenience and efficiency for short-distance travelling and greater affordability and are commonly used for leisure and commuting. A new Road Traffic and Roads Act was passed by the Dail last week which legislates for E-bikes and E-scooters.

Traditionally such devices were used as aids for elderly people and people with disabilities, but their more widespread use has met with growing public concerns over their safety and the safety of road users.

An electric Bike or an electric scooter is a vehicle that has a small motor attached to its frame which powers the motor vehicle. They are exempted from registration, tax or insurance if they are not able to travel at speeds above 25km/h. E-bikes that conform to EU regulations that do not allow for pedal-assisted cycling above 25km/h will be treated the same as normal pedal cycles.

Commenting on the new Bill, Liam Moloney Personal Injury Solicitor said today “the new bill brings clarity to the Law on E-bikes and E-scooters. The Bill updates the definition of pedal bicycles and pedal tricycles to include those equipped with auxiliary electric motors with a maximum rated power of less than or equal to 0.25 kilowatts, which cut off before the vehicle reaches 25km/h. Ebikes will be treated mainly in the same way as pedal cycles.”

Mr Moloney continued “the danger posed to both E-bike riders and other road users particularly pedestrians and cyclists is clear. Some riders can be inexperienced and often unaware of the rules governing their use on Irish roads. Anyone aged over 14 years old can legally ride an E-bike as long as the power delivery does not exceed 250 watts, with no insurance or license required. There are also no regulations concerning protective clothing for riders as long as their bike does not exceed this level of power.”

E-bikes are currently subject to the EU Directive 2022/24/EC that allows the bikes motor to support a cyclist up to 25km/h. The growing number of E-bikes that do allow for pedal assistance over 25km/h will require to be registered, have insurance and tax under the new legislation. Only those people with a driver’s license will be allowed to cycle them.

Mr Moloney added “there is a new vehicle category known as “Powered Personal Transport (PPTs) which will include E-scooters and similar devices”. The legislation allows E-scooters to be used legally in a public place and also addressed the standards to be met by PPTs in the interest of safety.

The concern can be that these electronic devices can go faster unassisted, meaning the rider can travel at a higher speed after reaching 250w continuous power. Many E-bikes and E-scooters can reach 40mp/h (65km/h) faster than other vehicles which were allowed to travel in residential areas.”.

GROWING NUMBER OF ACCIDENTS INVOLVING E-BIKES and E-SCOOTERS E-Bikes and E-Scooters have become increasingly more popular here given their convenience and efficiency for short-distance travelling and greater affordability and are commonly used for leisure and commuting. A new Road Traffic and Roads Act was passed by the Dail last week which legislates for E-bikes and […]

Liam Moloney, Managing Partner of Moloney & Co Solicitors based in Dublin and Naas Co. Kildare has been elected as the new Vice-President of the Pan European Organisation for Personal Injury Lawyers (PEOPIL). Mr Moloney’s election took place in Copenhagen on the 14th of September at PEOPIL’s Annual Convention. Mr Moloney previously served as PEOPIL’s […]