Thousands of people in the UK injured and burned by “toxic sofas” manufactured in China have obtained compensation payouts from the English Courts totalling up to €20 million. A group action was launched in the UK claiming compensation against three retailers of the affected sofas – Argos, Land of Leather and Walmsleys – who admitted liability.

In excess of 100,000  sofas were sold with the chemical DMF (dimethyl fumarate) inside.  Sachets of DMF were put in thousands of Chinese’s manufacturer’s suites to stop them going mouldy in storage or while being transported. DMF is a highly sensitising chemical which has been linked to cancer in humans.

The powder is usually kept in sachets around the furniture.  However, when it gets hot, the DMF evaporates into the air, penetrates the leather and reaching the skin of anyone sitting on the sofa, where it can cause painful blisters and sores and in some cases, breathing difficulties.

There have been a number of recorded cases in Ireland of this condition now known as Sofa Dermatitis.

Liam Moloney, a personal injuries Solicitor based in Naas commented “many Irish consumers are not even aware of the dangers of DMF or the fact that thousands of sofas have been sold to Irish consumers with this dangerous chemical inside.  The  EU has now banned the use of DMF but many people have suffered skin burns and breathing problems due to the presence of this chemical in leather products. It is vital that steps are taken now by Irish  retailers to withdraw all of these sofas for sale and also to re-call all those previously sold which contained DMF.  It is clear that any consumers that suffer injury as a result of being exposed to DMF would be entitled to compensation”.

DMF penetrates most plastics and makes them swell.  It frequently occurs as a component of paint strippers.  It is used as a solvent in  peptide coupling for pharmaceuticals,  in the development and production of pesticides and in the manufacture of adhesives, synthetic Leathers, fibres, films and surface coatings.

Over 8,000 suites containing DMF have been sold in the United Kingdom.  There is no information in Ireland in relation to the number of sofa’s or leather products sold containing DMF.

If you wish to discuss this piece please contact Liam Moloney on 045 898000 or email at liammoloney@moloneysolicitors.ie 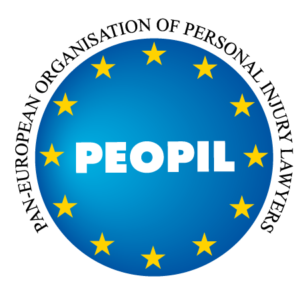 Naas Solicitor Liam Moloney of Moloney & Co. Solicitors was recently appointed to the Executive Board of the Pan European Organisation of Personal Injury lawyers (PEOPIL) as its new Revitalisation Officer. Liam represents people injured in accidents abroad. He has secured compensation for tourists injured in road, hotel, cruise ship and airplane accidents and is […]